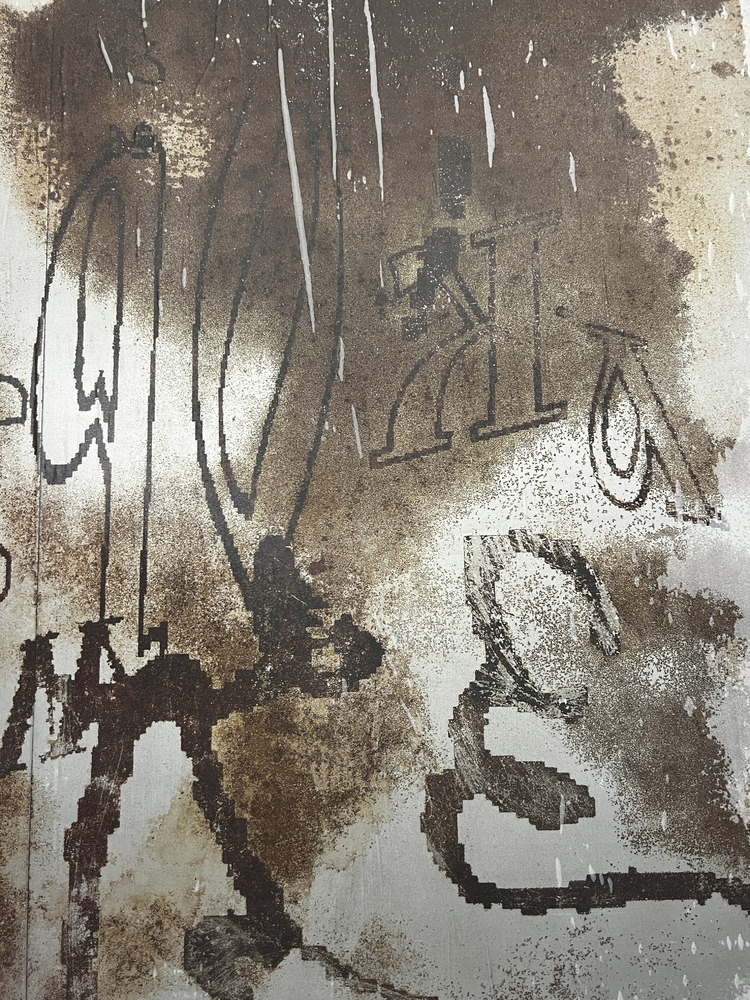 In a collaborative work Jenela Kostova and Inna Kochkina focus on early and new Cyrillic in the contemporary social context.

By using corrosion as a printing method, they rethink the cultural history of Cyrillic, the careless and coincidental manifestation of it, and its function in the present day.

“Even though we come from different language backgrounds, we both share Cyrillic as a writing tool. Its typographic styles develop independently, however their roles and purposes often intersect.

We see the script not as an autonomous entity, but as a vehicle that can demonstrate power structures - and be a valuable narrator of its time and place.

While the traditional Cyrilic is left for the church, ultra-nationalists, propaganda, and folklore, the modern one, fanatically follows the development of Latin script, nevertheless, they are both treated in a careless philistine way.

Our direct inspiration comes from affordable construction and finishing material that often outspends in an urban cityscape. We reflect on the environment in which Cyrillic exists since it underlines the contrast between the lack of care for the fragility of linguistic cultural heritage and the brutality of mass production.”