At Hotel Maria Kapel (HMK); an artist-in-residence, exhibition space and cinema for contemporary visual art in the city centre of Hoorn. 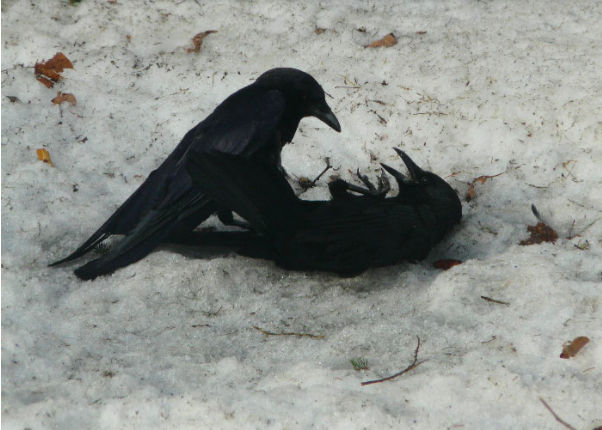 With Constant Companion, artist Minne Kersten presents a new and comprehensive work that relates to both her film- and sculptural practise. The project addresses the concept of mourning and loss and is the first project of HMK’s 2021 year programme On Shelter.

In this context, the artist develops a new video-installation for which she creates her own fictional tale, bringing forth the mythological figure of the Raven as her main protagonist. The Raven is introduced as a creature that inhabits a dual world: it can navigate between the outside and inside world by flying through windows and doors. Likewise, this duality is present in the way it is interpreted: it can be seen as a real bird (reality) or as a metaphor (fiction).

Kersten also uses the figure of the Raven as a leitmotif to speculate about concepts like Stone Tape Theory and Place Memory. Both of these concepts hold the idea that some buildings are receptive to the energy produced by traumatic or emotional events, which they record and store. This speculation holds the animistic idea that surroundings can talk or even take care of us if we are able to listen to them.

‘When looking for a way to narrate the tale of this space [the centuries-old Maria Kapel], I became increasingly interested in the figure of the Raven to give the work a non-human presence and flip the hierarchy between objects, things and humans. The Raven is a bird with strong symbolic connotations; they are often interpreted as an omen, connected with tragedy and darkness – or seen as spirits from the supernatural world. It is less commonly known that they are highly intelligent and socially advanced animals, often living in family constellations and mourning rituals.’

Kersten is investigating how symbolism is created in the aftermath of grief, hereby building on the idea that there is an archive of knowledge stored by the non-human witnesses of our lives. When life presents itself in the midst of grieving, people tend to read significance in the occurrence of the natural world, in order to feel that life still offers meaning. In Constant Companion, several interpretations are allowed to exist next to each other and create friction between symbolism and reality. By repurposing a domestic scenery as the backdrop for a twisted fable, attention is drawn to how the domestic is intended to satisfy our need for protection, comfort, and affirmation, but that this space is often multidimensional and can hold a multiplicity of stories and emotions. 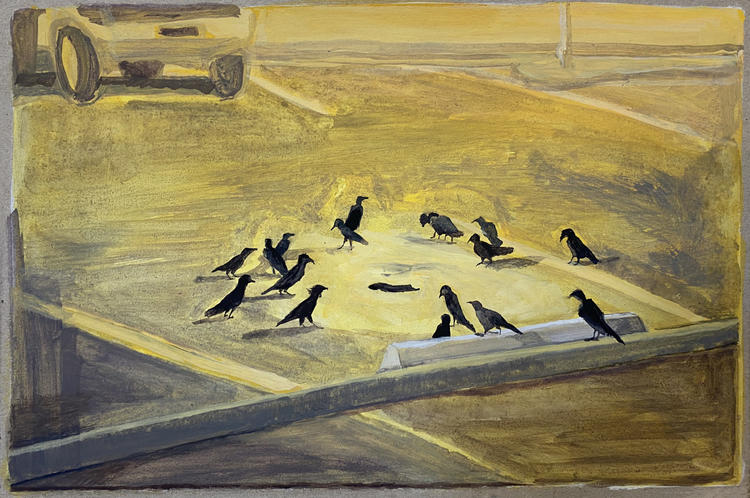 Bio
Minne Kersten (NL) lives and works in Amsterdam. Her work has a literary approach: she tells visual stories and constructs sculptural environments that support these stories or add to their reading and interpretation. She works with installations, videos, sculptures and paintings which form the backdrop of a fictional world. In this world -which has its own often absurd logic that blurs the boundaries of reality and the imagined- people, objects and architectural elements find new relationships with each other. She recently was a participant at De Ateliers from 2018-2020. She graduated from de Gerrit Rietveld Academie in 2016, where she holds a BFA at the Image & Language department. In 2018 she participated in the Slow Writing Lab (the post-graduate trajectory of the Dutch Foundation for Literature).

HMK is closed until further notice, given the Covid-19 pandemic. In the meantime, we keep engaging you with our projects through our website and social media.

*Dates and accessibility of the public programme are with reservation.

Made possible with the help of: Mondriaan Fonds, Gemeente Hoorn