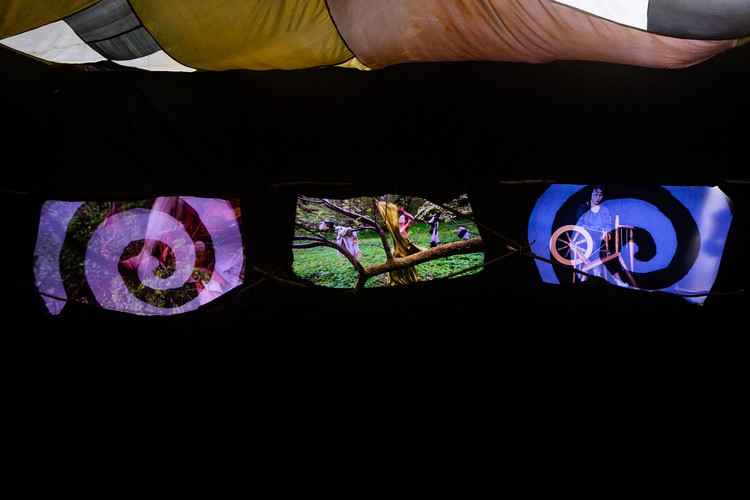 Karly Gerharts is American/Dutch, born in Miami under a Pisces sun in 1992 but living between Amsterdam and the USA since 2007.

Spin the Wheel, Seal Your Fate

The sky pierces open. Like a ray of light, Necessity’s spindle descends from the heavens and fixes itself to the center of the universe. From each planet, a siren is sat holding a single note; together they form an enchanting harmony. At the universe’s edge, three sisters — Clotho, Lachesis, and Atropos, more commonly known as the Fates — join the harmony. They work to assist Necessity by spinning the thread of life, and with it, the cosmos pinned to her spindle.

Inspired by Plato’s Myth of Er, my work considers the paradoxical position of the textile crafter as a traditionally working-class woman and yet a maker of decadence. Informed by magic, mythology, fairy-tales, theory, and folk histories, I explore her by uncovering her long-perceived role as magician and alchemist, someone who can make something of value from nothing but waste.

My interest in the role of the crafter stems from my research into, and application of, the historical textile practices of natural dyeing and patchwork. I create textiles made entirely from locally sourced second-hand natural materials, naturally color them with plant dyes and food waste, and often patchwork them. This process has become the base of my practice. Most of my pieces develop into costumes and installations, or provide settings for films and performances; I like to create the elements that help to tell a story.

In my own dizzy retelling of the Myth of Er I have placed special emphasis on the magical power of the Fates as both textile crafters and makers of the universe, they span history and share eternal wisdom. The work will combine fashion, performance, film, and textile craft in an opulently hypnotic installation.

Performed by Loïc Vandam, Ursula Marcussen, and myself. Music by Romy Day Winkle and Georgia Rose. 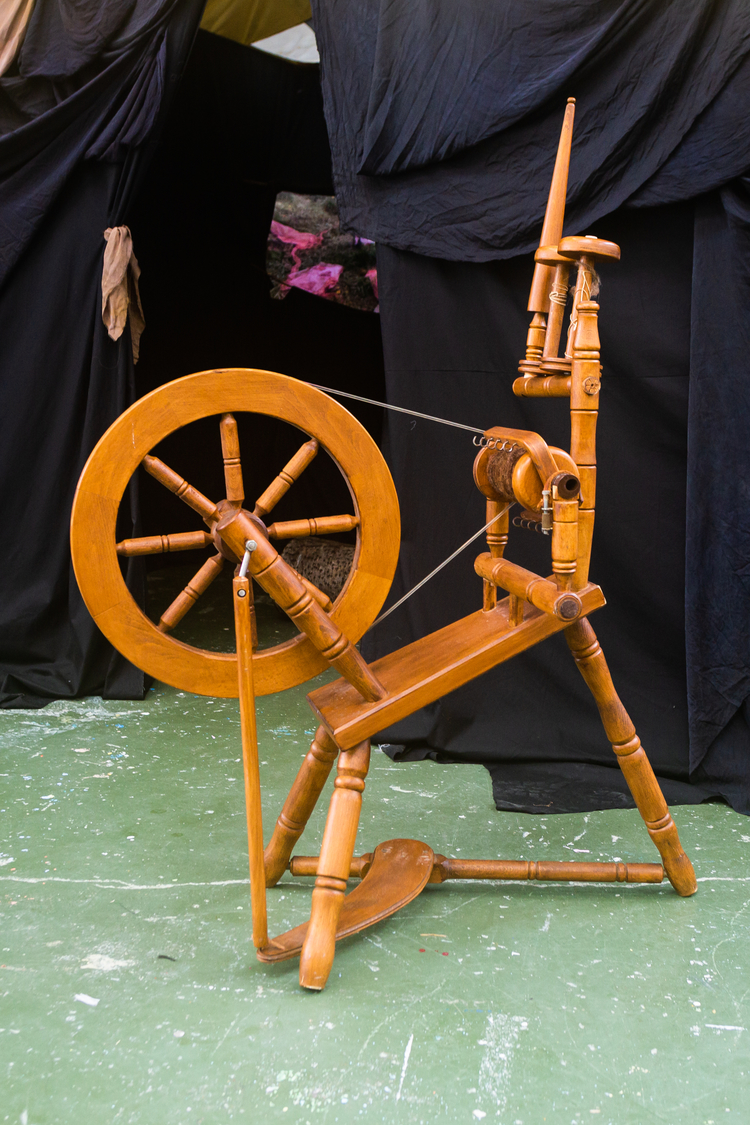 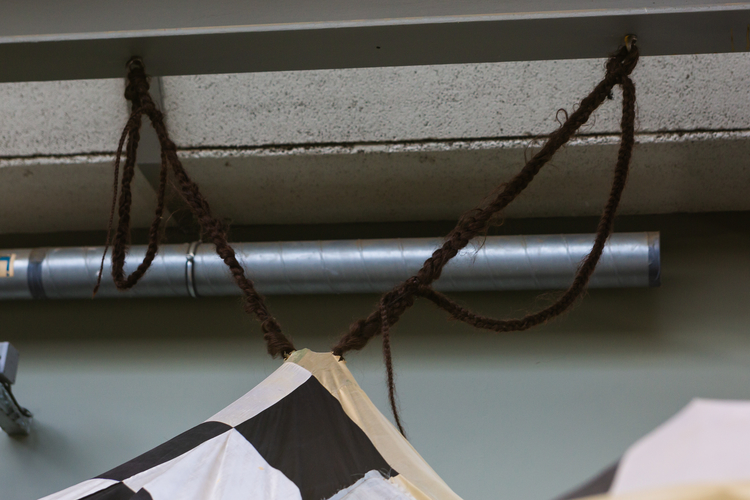 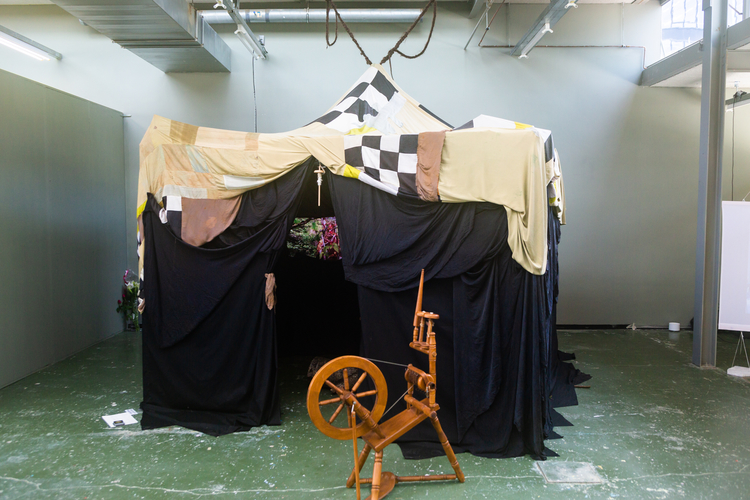