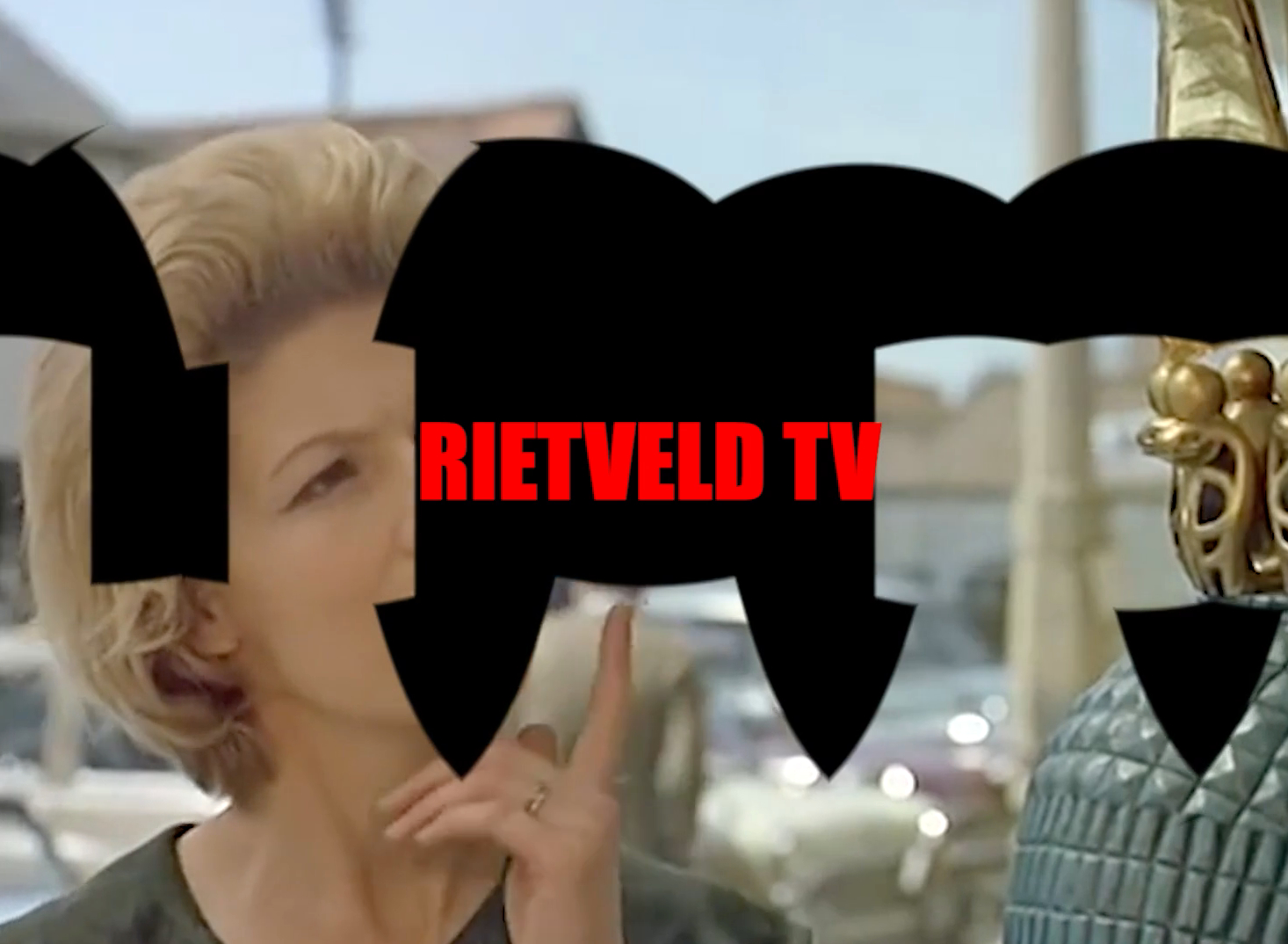 RietveldTV is Gerrit Rietveld Academie’s monthly TV show. Hosted every last Saturday and Sunday at 10.40pm by AT5 and afterwards forever online on Vimeo. Every month an alum is invited to use the 12 minutes as a framework for the development of a new work. Since 2014 Public & Projects is RietveldTV’s creative director. Within the concept, showing the diversity of what could happen after the Gerrit Rietveld Academie was an important selection motive. Meanwhile, we think it's time now to change the selection structure.

Starting in September 2023 with a curatorial team consisting of a group of 4 students from different departments guided by a Rietveld alum for one academic year. Together, the members of the curatorial team decide an overall theme, invite alums to create 8 RietveldTV episodes and organise 2 public programmes during that year. The exchange between students and alums is the main focus.

In search of a coordinator

At this point Public & Projects is searching for a Rietveld alum who would like to be a RietveldTV coordinator for these 4 students in the academic year 2023-2024. We are already looking for someone now because we want to start in spring 2022 to further sharpen the plan and put together the curatorial team.

- Advise on the selection of students for the curatorial team (around May 2023).

- Guiding and supporting the students of the RietveldTV’s curatorial team;

- Supporting students to decide on a theme and/or criteria for several RietveldTV episodes;

- Giving the students insight into what is currently going on in the art field with regard to audiovisual work, among other things;

- Helping the students in approaching the artists for the RietveldTV episodes;

- Organising together with the students two public programmes in the context of the chosen theme and RietveldTV episodes;

- The possibility to curate the first RietveldTV episode and taking the students along in this process;

- Reporting and consulting to Public & Projects

We estimated 90 hours for being a RietveldTV coordinator and we have a fee available of 3,800,- euros (0% VAT) in total. Starting around April 2023 -exact date in consultation- to fine tune and prepare the programme. Starting with the curatorial team in September 2023 which will last until June 2024. At this point, we think it is approximately one day of work a month except the preparations before.