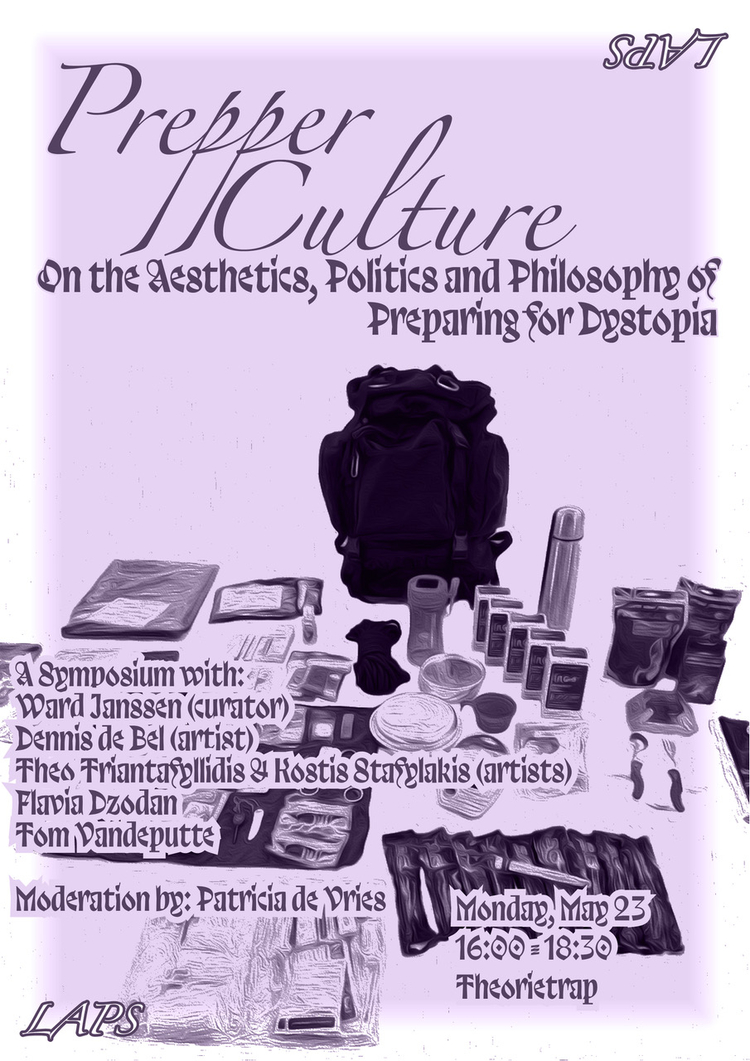 On the Aesthetics, Politics and Philosophy of Preparing for Dystopia

Join us on Monday 23 May 2022 from 16.00-18.30 at Rietveld's Theory Stairs for presentations and discussions on the imagination of the end times in art, design, architecture, and philosophy.

Preparing for unforeseen and uncertain times is as old as humankind. War, the pandemic, and the unfolding climate crisis have given new impetus to the phenomenon of prepper culture, from building bunkers, panic rooms, and going off-grid to hoarding canned food and growing hydroponic vegetables. What is the worldview of the prepper? And what kind of life is the life of a survivalist? How to resolve the precarious uncertainty of our times? How to find relief in finality?

Artists, designers and researchers share their interest in and work on prepper culture, prompting a discussion on the aesthetics, politics and philosophy of preparing for disaster.

This is the first event organised by Lectoraat Art & Public Space since the appointment of Lector Patricia de Vries.