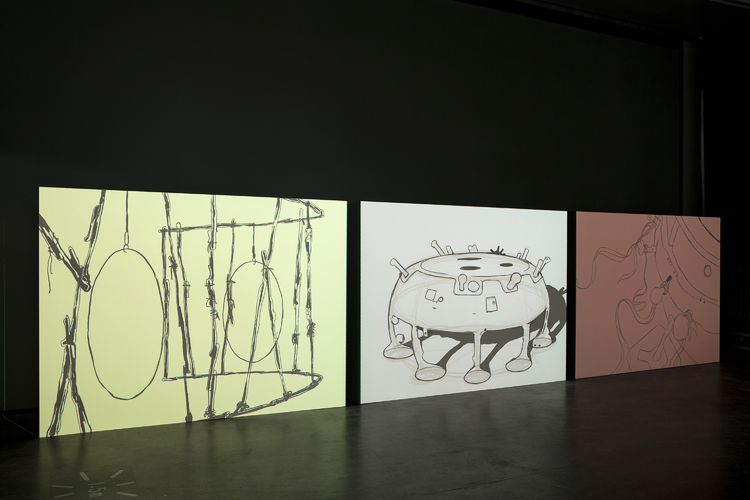 Roberto Ronzani keeps music close to the heart as both a social practice— sharing and producing songs with his friends and spending time at recording studios—and as a stimulus for his visual art practice. His image making process often starts with listening to a song, which feeds into envisioning a landscape. Aside from drawing and painting, in recent years Ronzani has started to develop sound performances.

The short film HERZ amalgamates the various threads of this practice and his interest in the spiritual and transformative quality of music. The animation film, made in close collaboration with Dimitri Erhard (3D animation), Naim Zola Mbundu (Story, Music) and Tidiane Sane (Sound Design), centers around a speculative narrative where living organisms are not only carbon- but also frequency-based. The fovali are sonic creatures that live off sound, while also transmitting frequencies back into their environment. Even though fovali- and human-life once coexisted in harmony, some human forces try to control the sonic spirit embodied by the fovali. Here the fanta sy story implicitly echoes actual histories of African and African diasporic musical practices that have been commodified into formats that fit Wester n popular culture.

Another implicit aspect of the work deals with accessibility, audience, and reception—what elements does an artwork need to provide in order to reach its audience on such a directly emotional and absorbent level as music does? 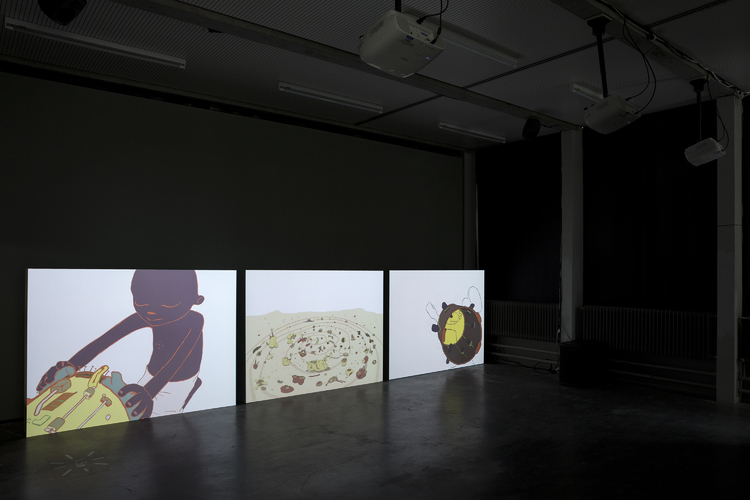 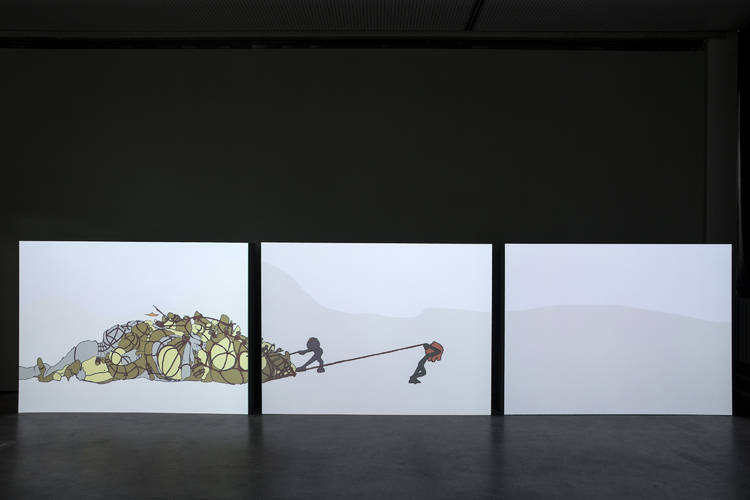